On April 4, 2019 I was sitting in my yard birding. (one of these days I plan on really writing about "birding" )
It was around 5:19 PM here in NW Arkansas and as I was scanning the sky for birds, I noticed two "puffs" of what looked more like smoke than anything else... way up there in the sky, above the clouds.
At first I didn't know what to think, but started taking a few pictures. It was interesting. The "puffs" were in a line with each other. It almost looked like someone took the contrails from a plane and, just erased all but two very distinct puffs... only, they weren't looking right even for that. It really looked more like something happened... an explosion or something. I sat there kind of wondering about the possibilities... some failed missile launches? or, not failed missile launches? I've watched too much tv over the years and I started thinking of all the bad things a person could do where even something so so high in the sky could be bad.

I lost track of time as it felt like quite a few minutes but it was really shorter... I really don't know how long it actually was but then... KABOOM... it sounded to me like a semi truck tire exploding on a highway... only it was much louder and was coming from the sky. then... another one. Well, that just had me even more curious. Two puffs in the sky... to bangs... it was obvious this was something... but what.
Someone online suggested sonic booms for the sound but I went and looked that up and, they don't leave behind what looked like smoke to me.

The next day someone mentioned there were reports of a potential meteorite over Oklahoma. LOTS of people all around heard the two bangs and someone even had a video of two flashes in the sky. It's kind of fun to still ponder the possibilities... apparently there are people out there right now seeing if they can find it. That would be pretty interesting. Anyway, I got some photos so, of course, I have to put them on here.

These are the "puffs" in the sky... that looked like smoke to me but a local meteorologist was calling them vapor trails.
Throughout this whole process you can see some clouds come and go while these just linger there WAY up in the sky...

First three are from approximately 5:19 PM 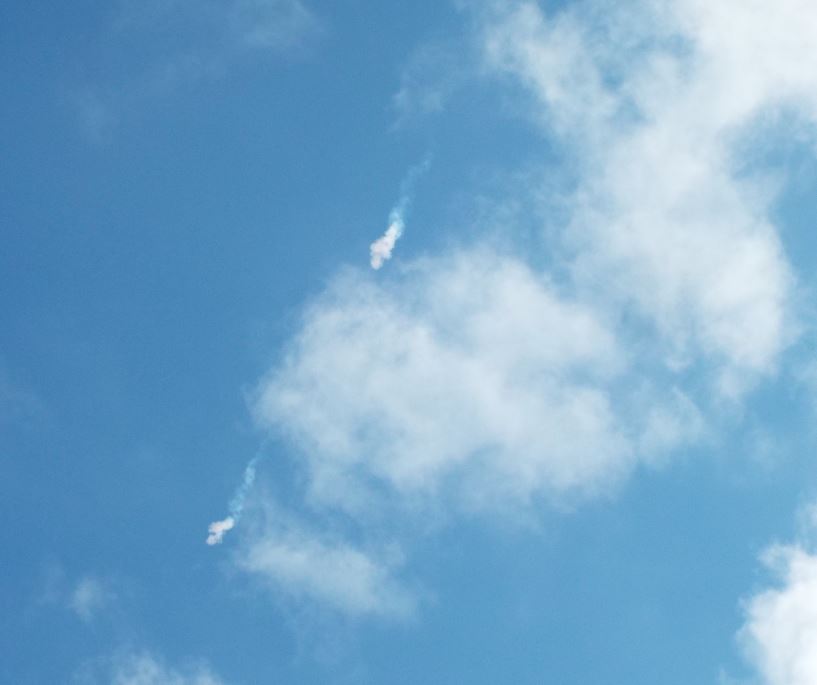 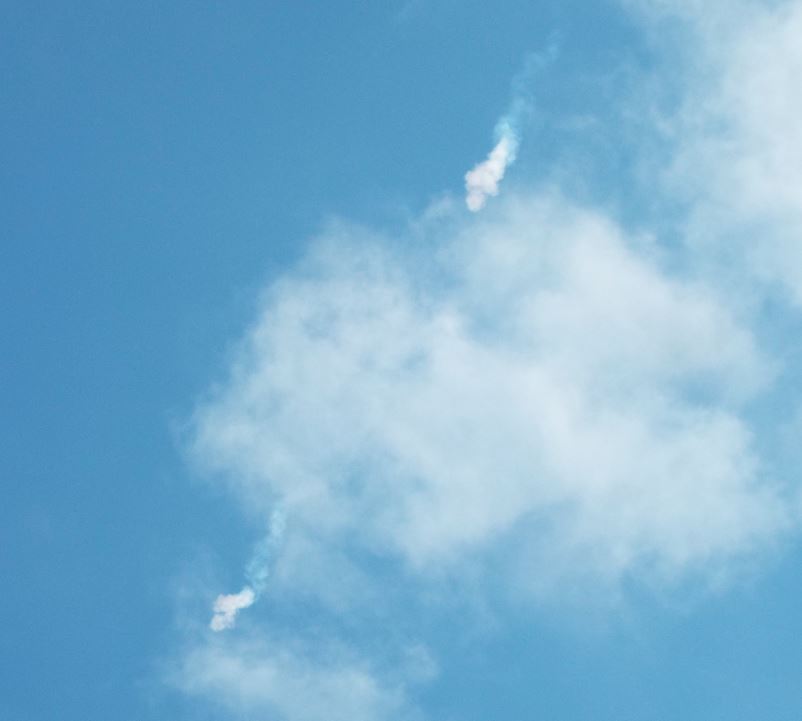 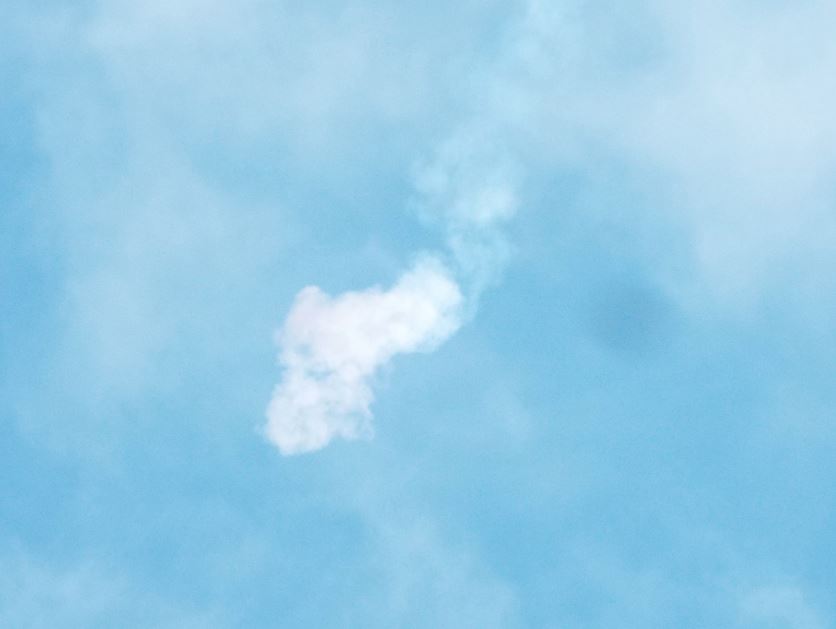 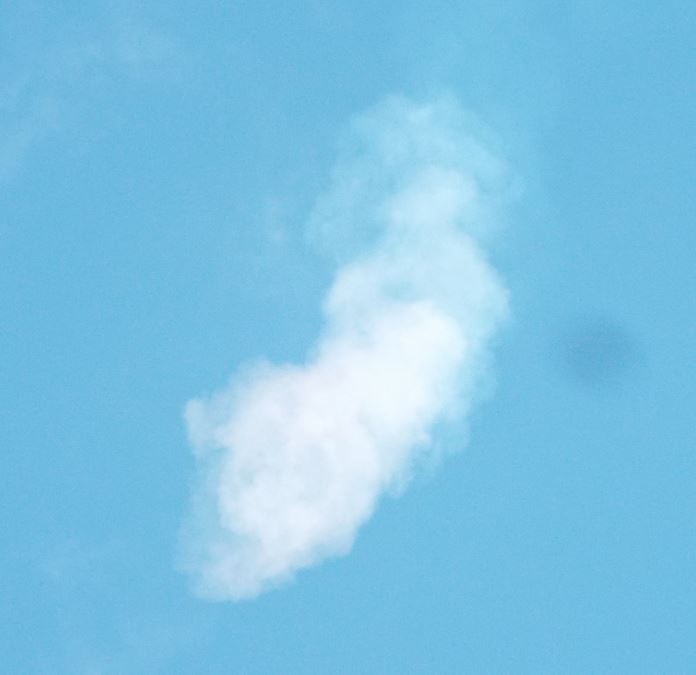 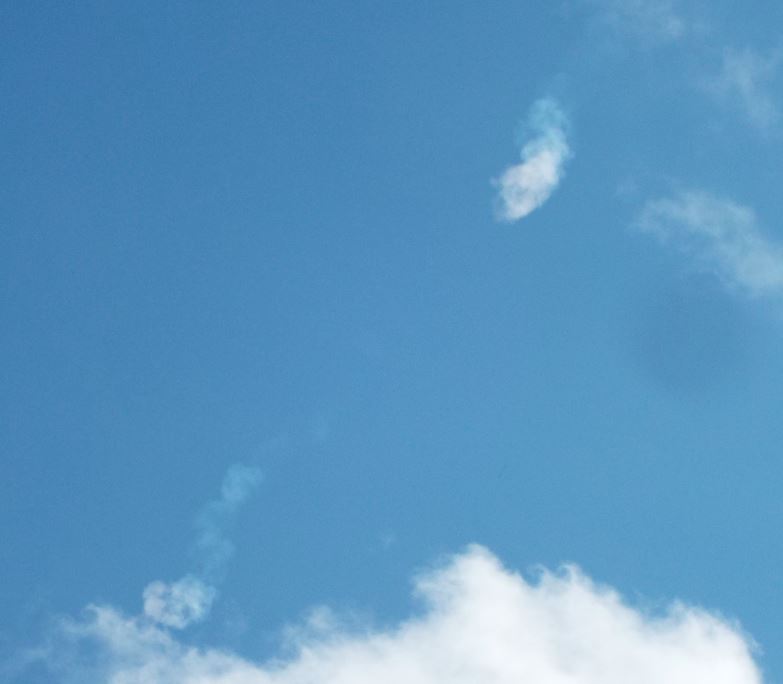 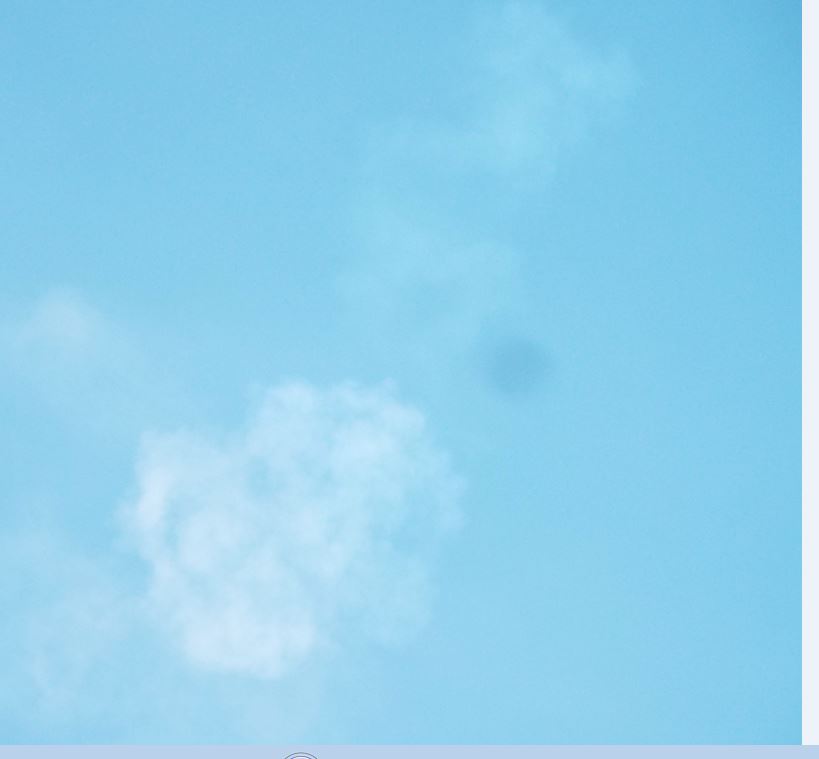 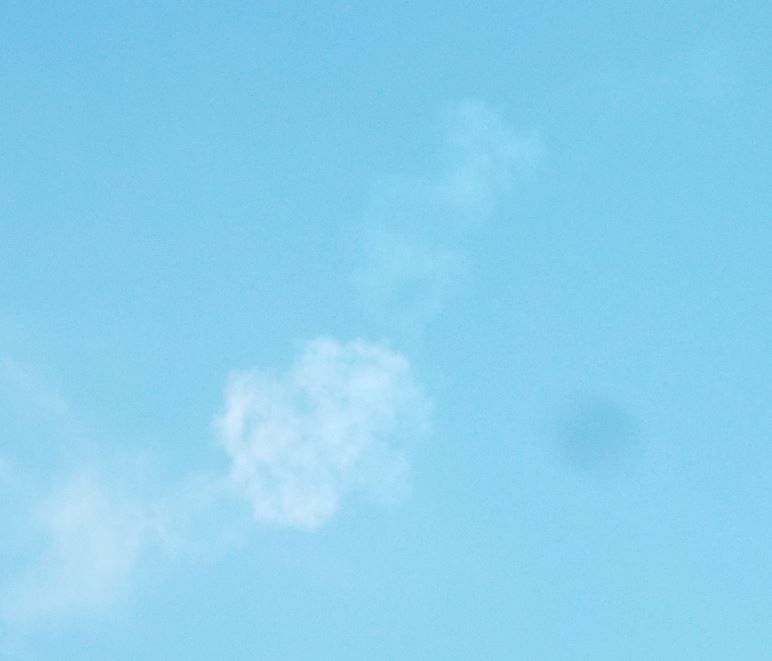 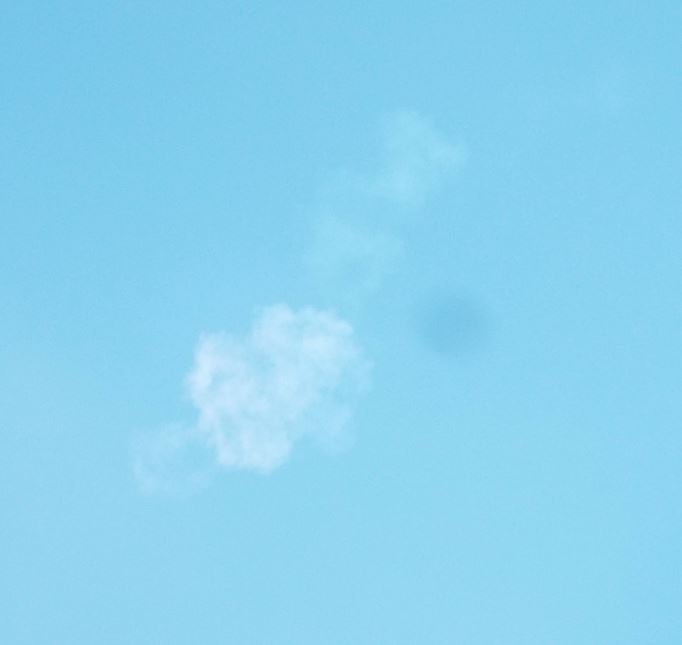 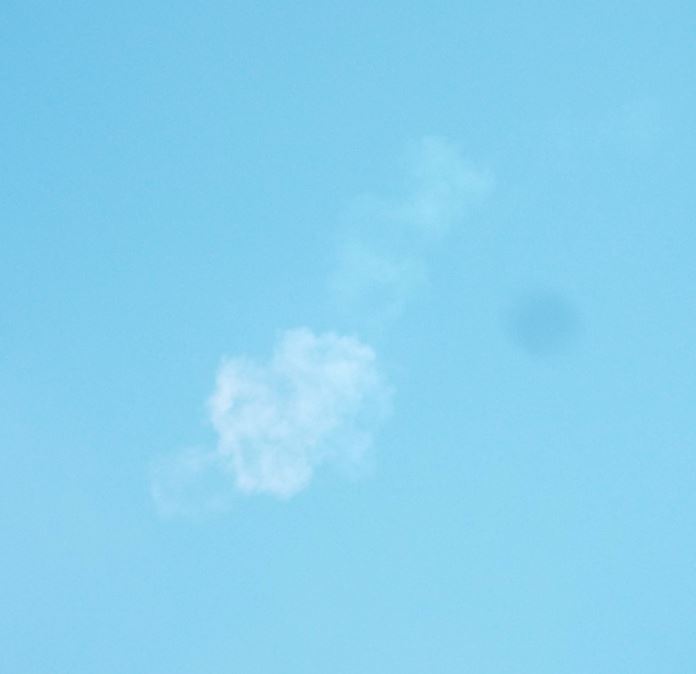 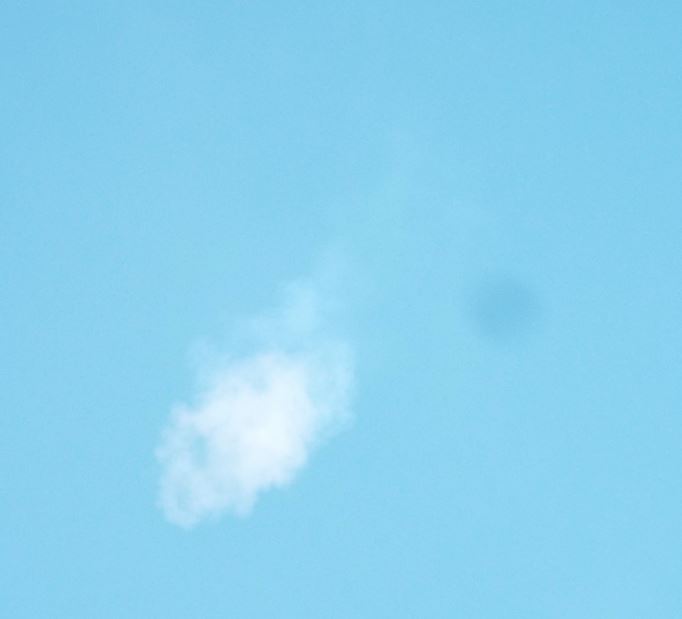 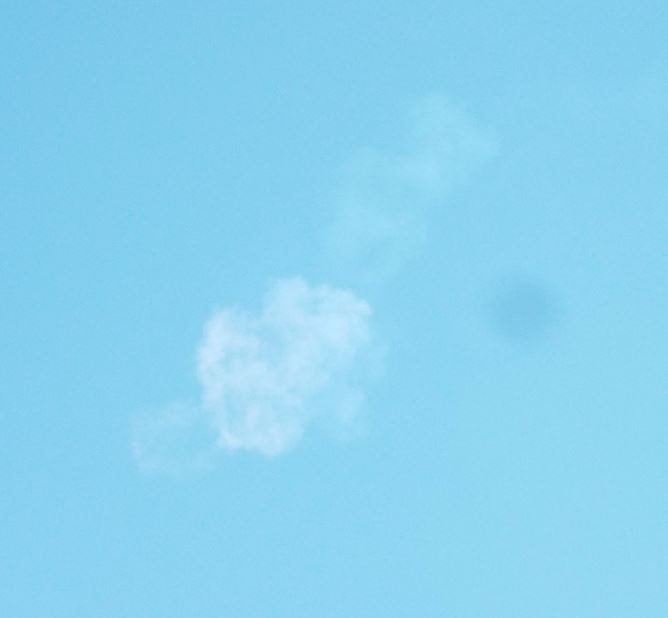 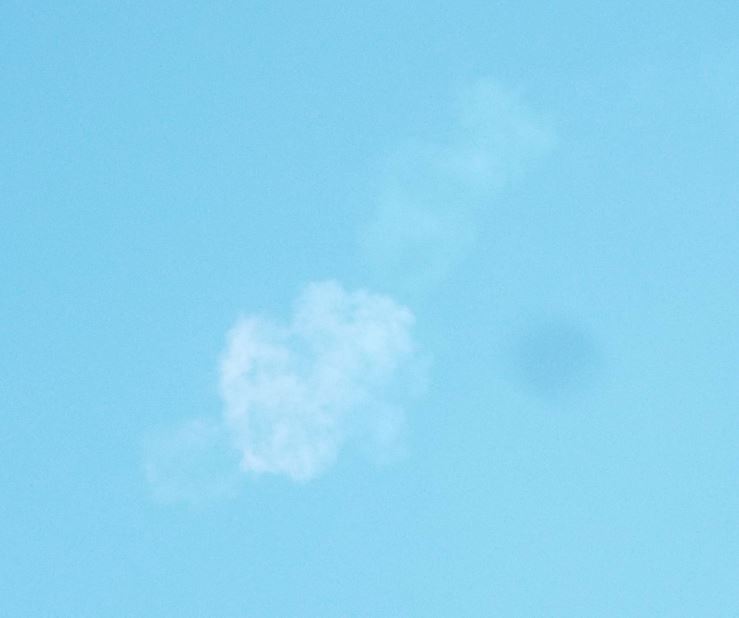 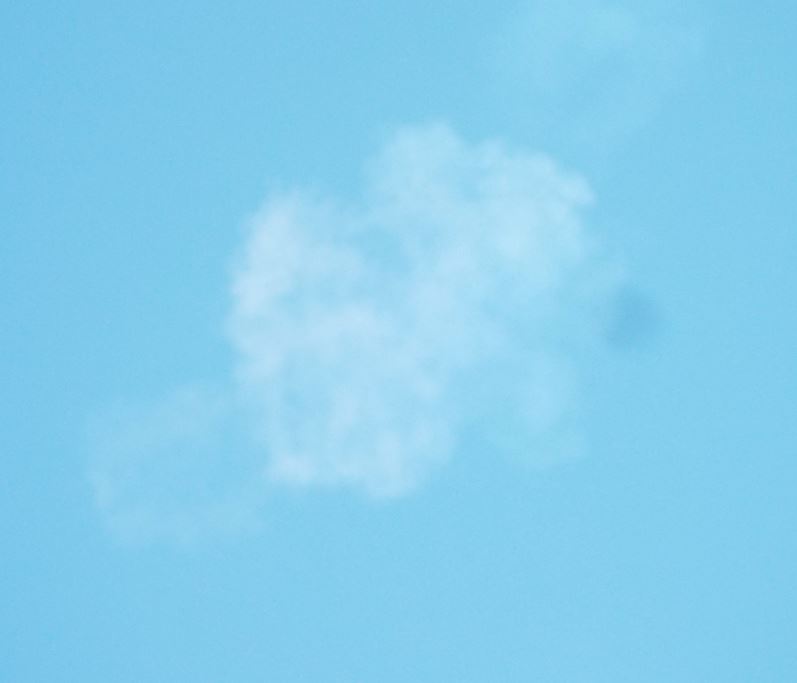 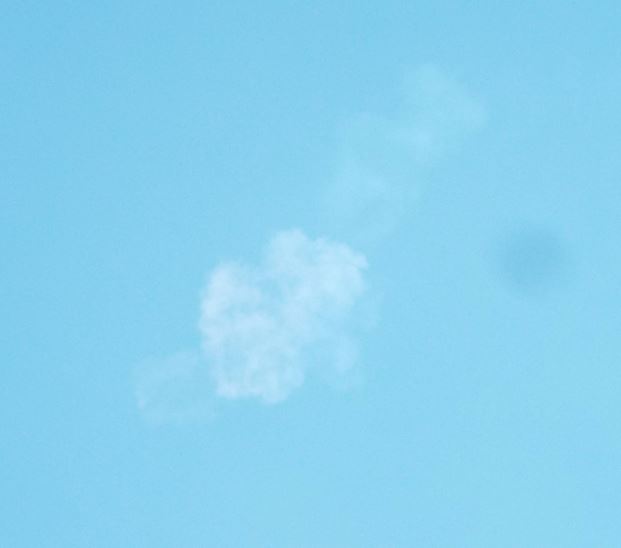 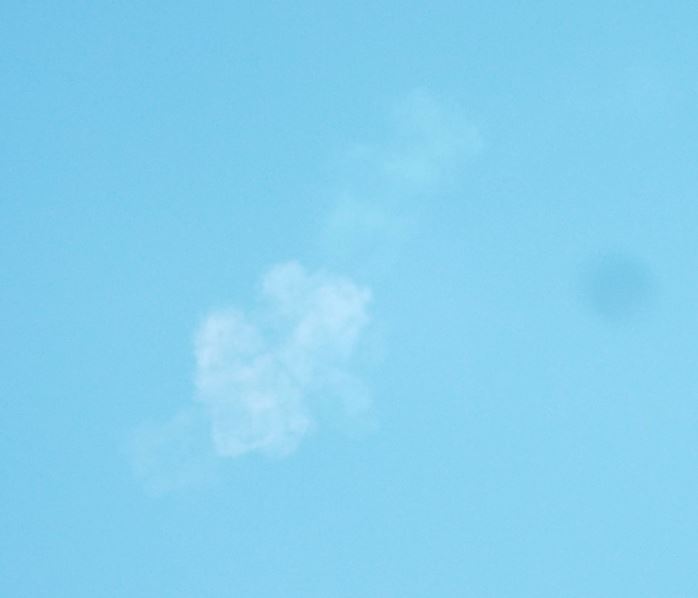 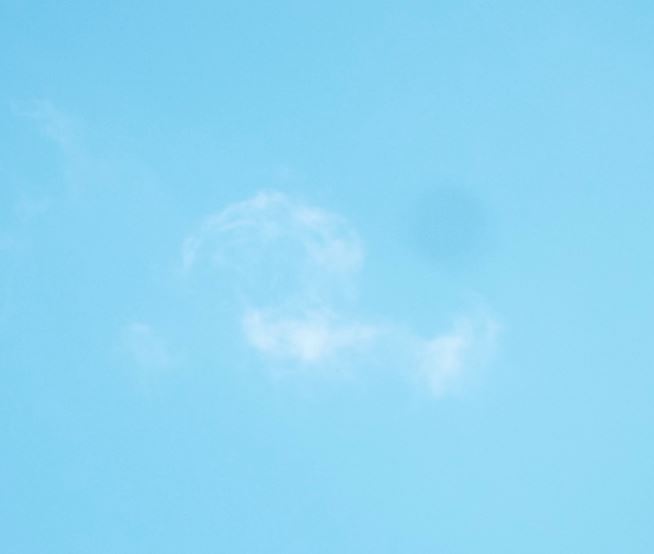 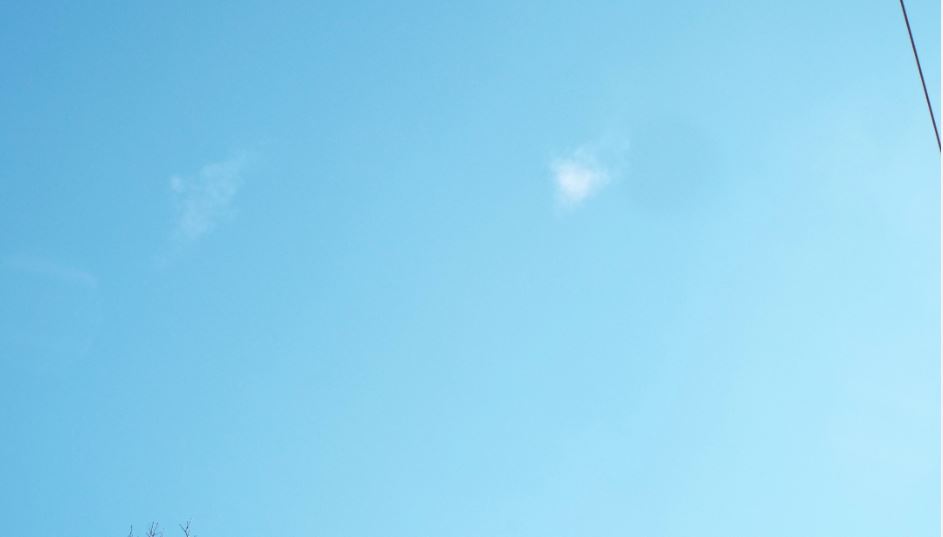